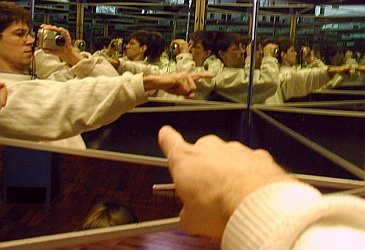 Agapetry is the vocational expression of Kevin Behrens. Kevin has a 19-year history of advance and retreat from engineering and technology. Academic, introverted guys who are interested in computers should be engineers, right? After 3 seemingly successful years in electrical engineering at Michigan Tech, Kevin’s qualitative side breathed a sigh of relief upon transfer into the Scientific and Technical Communication (STC) curriculum. There, computer savvy was still vital, but only to support a new primary goal: effectively organize and present instructional content for a human audience.

Since people are not machines, aesthetics matter in STC. Color matters. White space matters. Style, tone and word choice matter. Kevin was encouraged by the prospect of a professional identity comprised of both technical and qualitative aptitudes. It felt like becoming human again.

Yet after graduation, Kevin fell back into the engineering orbit, and devoted six years to the development and improvement of in-house software for the calibration and testing of optical devices. Along with some color science knowledge, Kevin learned object oriented and relational database design on the job, and came to understand some uses and abuses of abstraction. Yet after six years, corporate management trends and Kevin’s idealistic, perfectionist personality combined for burnout and resignation.

This time, the non-technical pendulum swing was all the way out of the office and into the strawberry field. For four years, Kevin assumed increasing responsibility for the harvest and marketing of berries and vegetables at a small farming community where his family took residence. Along with harvest management and staffing, his advertising duties led to a redesign of the Plow Creek Farm website. Looking for an open source content management system, he settled on WordPress for its comprehensible code base, emphasis on aesthetics, and respect for the intelligence of non-programmers. Yet some important CMS features were missing and the farm website emerged as a heavily hacked private fork of WordPress 1.5.

Despite remaining limitations in the WordPress code and Kevin’s implementation, it felt like a professional home. Kevin knew his hacks could be worked into plugins, many with broad public appeal. In January 2007, he resolved to write a plugin to tackle a big issue in WordPress CMS – assign users (or user groups) page-specific and category-specific capabilities for reading, editing or administration. This began for personal use but emerged as a portfolio centerpiece supporting Kevin’s desire to re-enter the technical fray, this time as a website developer specializing in WordPress solutions.

The Role Scoper plugin, now a stable release, upgrades the WordPress permissions system to much of what you would expect in a full-fledged CMS. Kevin could not have pulled this off without touching most aspects of the generally plugin-friendly WordPress code, and in some cases work around missing API. May God have mercy for the hours it took, but Kevin is now well-prepared to extend or modify WordPress to satisfy most any custom functionality you may require.